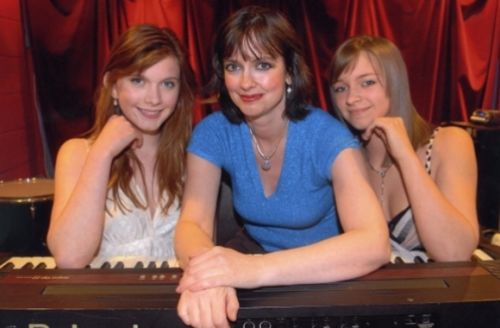 In 2006 Ruby helped with the Guardian Angels Appeal by The Press, York. The appeal raised a huge sum of money for vital life saving equipment for babies and young children. The equipment is now installed at York District hospital and used by families from all over Yorkshire.

Search for The Voice of An Angel

Ruby assisted The Appeal by launching a Singing Competition - Search for the Voice of an Angel - to find a talented young singer. The winner was singer - songwriter Natasha Merritt, who performed a set of songs as a support act to Ruby Paul at City Screen York. Also on the bill was young singer Bethan Ratcliffe who was the runner- up. Ruby raised over £1000 for The Appeal. 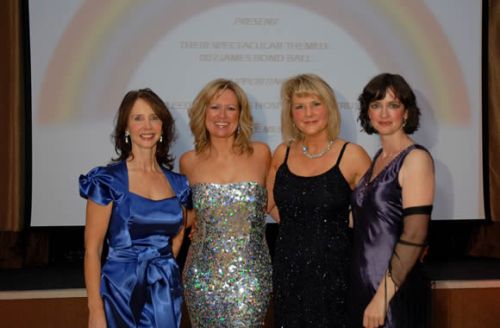 Ruby has also been involved with helping Children's Causes by writing an original song for them. In 2005, she premiered her original song "Miracle Baby" at a Grand Ball to raise money for the IVF Unit at Leeds Teaching Hospitals NHS Trust. The song received an honourable mention in the Canadian Narrative Song Competition

Shortly after, she wrote another original song for the York Hospitals Special Care Baby Unit. The song, entitled "With a Little Help from the SCBU" was premiered at their Grand Charity Ball later that year and reached the semi-finals of the UK Song Writing Competition

Most recently, as part of the Swan Love collective, Ruby helped to raise over £2000 for the Children's Charity, Hand in Hand for Syria at their out of this world Swan Themed Ball on Valentine's Day 2014 in Leeds.

In her ongoing commitment to supporting Charity, Ruby offers a 20% weekday discount on her performance fees for suitable Charitable causes. 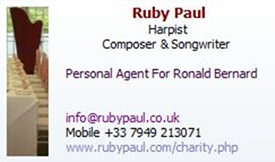